Loki is finally close to releasing Government Issue Music Protest (GIMP), an album that may well be seen as his seminal work. The album looks set to tackle today's political issues (notably the referendum), albeit as an artistic commentary that conveys its message through characters, relationships and metaphors. The dystopian track 'Tommy Sheridan Dead' already gave us a snippet into Loki's dark vision of what Scotland would be like in the event of a no vote. As well as releasing a  precursor LP Kill Your Darlings (review below), made up of tracks that haven't made the final cut for GIMP, Loki gave me some insight into what to expect: 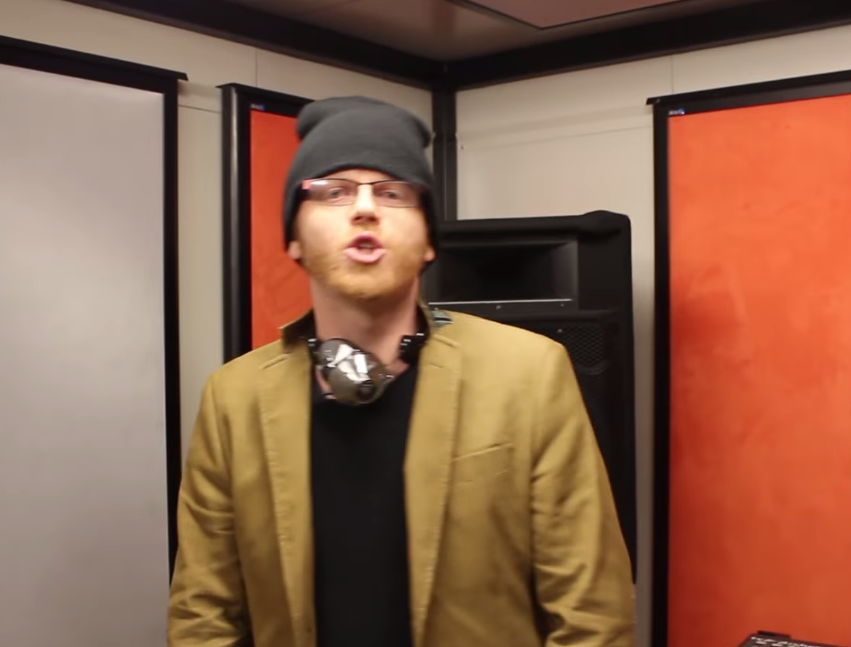 The main thing I want people to know about GIMP, is that it exists in its own reality. The Tommy Sheridan Dead song is not actually on G.I.M.P, it was designed to set up that world. I wanted the audience to sort of half know what to expect, but also experience a sense of surprise and excitement. I was inspired by the visual style of Jeff Wayne's War of the Worlds vinyl. When you held it in your hand you just had to look at the art and you were in that world, before you even heard the first song. G.I.M.P is more of an attempt at presenting human drama, with political events taking place in the back ground. It's important that the listener is allowed to interpret the material for themselves, which is why I culled so much stuff from it over time, as I was trying to develop a less direct writing style that didn't cast heroes and villains in the traditional moral sense. I suppose it works on a few levels. I am trying to make a statement about cultural marginalisation, by creating something so compelling that it cannot be dismissed on the grounds of taste. If you don't like Hip Hop, you will still have to listen to this to see what the fuss was about. Then we have the issues around the countries future, which are dealt with more subtly through characters and plot. At it's core though, it's a personal album. I couldn't write about human relationships authentically without drawing from my own experiences and I hope this aspect of the album is what will give it a broader and lasting appeal. There are enough layers to it that people can go as deep or shallow as they want. For some, it'll be no more than a solid hip hop album, for others, they will feel immersed in the world as it unfolds and increases in scale and scope with repeat listens revealing even more. Or at least, that's what I'm hoping for. I tried to write the kind of story I would love to see. The analogy of divorce is very useful in humanising the relationship between Scotland and the UK, but obviously it's important to establish how we came to be on such poor terms. We always like to see ourselves as righteous, but we're all so full of shit when you really get down to it. We enter relationships with secrets and ulterior motives all the time. This album isn't as pro yes as people might have been led to believe.

I don't want people to worry though. The album will not sound as wanky as I do whenever I talk about it. I have taken great care to make it the least wanky Loki album yet.

Kill Your Darlings - Review (and Impressions)

Listen for free/name your price 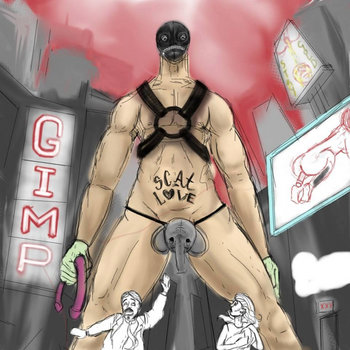 So with that all said, how does Kill Your Darlings stand as a taster of what's to come? For one thing, Loki cannot be accused of lacking in ideas. Though it is not mixed and mastered,it is possible to gauge Loki's direction by how developed certain tracks are here.

'GIMP' appears to be a title track of sorts that was scrapped, but it is arguably the most developed track here. One could speculate to whether Loki felt the track to be lyrically redundant, with many of the themes explored elsewhere, but it certainly fits in with the dark, dystopian tone of the trailers and tracks we've already heard. The production here is particularly appropriate with ominous bells, creepy vocal effects and cold, minimalist drums contributing to the apocalyptic vibe. In fact, it is Scatabrainz that seems to frequently compliment Loki's intended style the most precisely. 'Fashion Police State' is another beat in this mould, as Loki's agitated rhymes gel with sharp major-to-minor arpeggio changes and, again, very minimal percussion. I'm biased as their A Darker Shade of Grey LP is a favourite, but the evidence here suggests that Brainz still best "gets" where Loki's coming from.

Good signs then, but there are a reason some concepts seem to have been left on the drawing board. Despite Loki's best intentions in sequencing this as an LP, I honestly feel an EP of the stronger tracks could have made for one of his best projects. Nothing here is "weak" by any stretch of the imagination, but I'm still baffled to why the album's introduction is a 'reprise' of what is essentially a math rock acoustic. Still, others are more understandable, representing character studies or metaphors that may not be strong enough for the final product. In the above statement, Loki talks about characters and plot, and there are songs here that play like short stories or chapters in his overall narrative. 'The Timely Death of Katie Hopkins...' is particularly interesting for that reason, as well utilising an ugly beat for an ugly person (assumingly). He even seems to alter his flow for this track, focusing on sharp-edged syllables to make for a clever imitation. Tracks like this and 'Make Mines a Transplant' are extremely sardonic, demonstrating that he's not lost his sense for tongue-in-cheek as well.

The rest is, as Loki would probably argue himself, a mixed bag. 'Educated Delinquent' sounds suspiciously like 'Start to Finish' by Pro Era (maybe Bessa took influence?); 'Big Jimmy Reid' and 'Death of a Salesman' would pass as dope tracks, but the mixing hurts them a lot; oh, and 'Second Wind' features the best lyric ever in "I don't care for John Fashanu". And yep, there's that eight minute track 'Doomsday' where Loki absolutely schools a certain MC but we won't get into that here (I rated the original diss for the record; see the blog).

Loki's "b-sides" seem to have only heightened my anticipation for this record though. Though I doubt it will be as overtly political as his namesake Lowkey's incredible Soundtrack to the Struggle, I've no doubt that it will be incredibly focused and topical. Until then, I'll be mystified to why 'GIMP' didn't make the final cut, but these tracks are simply a testament to Loki's continued writing ability.

On a separate note, just to address a few messages I received this week from older readers of the site. When Scuba was the fella running the blog, SSU was one of the few online resources for hip hop in this country. Unfortunately, some (not all) MC's and producers in the scene don't seem to be using the resources that are available to them. Scuba already listed a bunch of contacts on the blog here, however I still get messages complaining when a certain thing hasn't been "posted".

Firstly of all, with the launch of Underground Scotland (and also Werd's great blog among others), Scotland Standup is now focusing on reviews and features rather than simple promotional "reposts". Statistics/views show that these make little impact anyway, and the above blogs are more than happy to post videos etc. if that's what you're looking for. Besides, if you want reviewed/featured/interviewed on the site, unless I've approached you at a gig or seen your shit, you usually need to contact the SSU email.

Secondly, don't get me wrong, if asked to post content, of course I shall always endeavour to (and often do regardless), but I am unfortunately not a kind of oracle on the Scottish scene that is entirely on top of this. MC's need to realise that I won't see most releases if their only promo is a status on Facebook. I'm just a journalist/blogger, and outside of this I have a job, I study at university and I volunteer/freelance for other publications amongst other things :). Furthermore, I've only just returned from six months in Italy - trust me, myself and Leo are going to attempt to keep content regular but without oversaturating the blog/facebook, but living far apart has made it difficult. Living abroad meant that, aye, I didn't actually hear the new Bang Dirty LP when it first dropped (for a quick example). We weren't deliberately ignoring it!

Lastly, these are reasons why the documentary/other features were slow going up. Regardless of all the constraints, SSU has more followers than ever before. I'm not meaning that as an ego thing, we're just small time bloggers, but most the reviews here get (at the least) a couple hundreds reads now. That's a couple hundred people that will consider buying your EP/LP! That's what we're here for :) We're gonna keep trying to support the scene in any way we can regardless. Anyway, I'll shut the fuck up but one last thing: we'll be getting the scotlandstandup.com domain back soon, instead of the tacky blogspot name, or possibly even the new .scot domains that are out. So watch this space, literally.