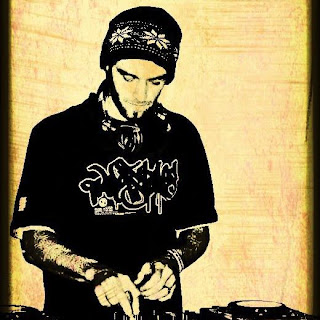 Scotland Standup have had a chance to talk to Glasgow's biggest producer TONI SMOKE!!


How long have you been making music?
16 years
How many songs /albums have you released to date?
Too many separate songs to remember, 1 of my own albums back in 2004 , 2 albums with bit o ruff ( RST and myself before shadowpeople) 2 solo albums with kayce one, working on second album with shadowpeople. And being a producer I have worked on tracks on albums or full albums for nity gritz, wee-d, werd, loki, MOG, Jonny storm, becca starr, a-macc, subkonchis, jordan butler, some bands, and others I'm or getting ('apologies)

Can you tell us about your new project and the background and inspirations behind it?
The most predominant project happening right now is the second shadowpeople album, it's been almost 3 years since the first one and everyone has been working in their own solo ventures ( sounds so typical) but its the way it's worked as right now we all finished our projects and have been getting together to write and do new tracks and its all fitting together and sounding like the best we have done crew wise. Inspiration wise that's just rooted in the passion for doing what we do and when we get together its good to be reminded where we came from.
How have you ended up in the music industry?
I self taught guitar at 13 with a friend who's parents were involved in audio and had a home analog studio which I was allowed to use at an early age and have never shifted from it to this day. I have lived in a few different countries in Europe and have always had a home setup where ever i have been which has led me on some amazing journeys and met some incredible people 17 years in I'm still going stronger than ever.
What do you think of the music industry at the moment?
The majority is no real substance and is there to promote companies and not use the power it has to any real use. But there is pockets in smaller scenes everywhere with real talent and real support locally and sometimes from radio and tv etc but the sad thing is if its not of sexed and appalling to kids or confused teens who think life is how it is in a music video they spill on tv then you need to have resolve and passion to keep going.
Who inspires you when you make your music?
Everything, I sample my life, then stretch it and contort it to a new recycled idea.

If you were one of the Seven Dwarves, which one would you be?
The seventh one
Who have you collaborated with so far in your Career?
Kayce one
Nity gritz
Wee-d 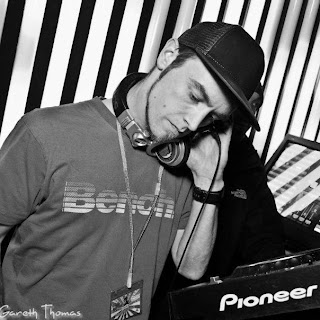 RST
Werd
MOG
Becca starr
Jonny storm
Freitbeor
A-macc
Subkonchis
Lumanes
Jordan butler
Big taj
Coolio ( upcoming)
Loki
Silver tounge
STEG G
Riddlah (UV BEATS)
Wardie burns
Evil eyes
Disciple
Louie
Freestyle master
Amos
Def by stereo
REAZ
Emmmmmmm.....
Who would you like to collaborate with in the future?
If I could work with anyone I'd love to do a beat for leaf dog or any of the owls
What was the first album u bought?
Jimi Hendrix "are you experienced?"cd
Whats your favorite song at the moment?
Leaf dog " walk with me"
If you had to sell your music collection tomorrow, what album would you leave in your drawer?
Beastie boys - " ill communication"
What do you think of TV music talent show competitions?
Sucking the life and dreams out if kids and adults alike
What do you do when your not making music?
Spend time with my son
How many hats do you own?
8 - I counted
Whats your favorite takeaway?
4 cans of kronenberg and a lamb parsee.
What's your favourite Swear word?
Titwank
How many followers do you have on twitter?
20 odd .... I'm not big on twitter
How do you feel about Scottish Hip Hop at the moment?
A the next wave comes in its brought some hype back that kinda dislocated after the death of the forum a couple of years ago, so I think there's a new audience there which might help to smash the glass ceiling that we seem to be looking at our reflection in just now and with acts pushing towards recognition in the uk wide audience like Stanley odd and hector biserk, ourselves and more its an exciting time. After seeing the BBC taking a serious step to promote Scottish acts and hip hop acts particularly its going in the right direction and its been fun so far.
Anything else you would like to add?
Just a thank you and hello to everyone who I have worked with and promoted and who has promoted And also followed me over the years, keep tuned I have so many new projects and audio to treat yous over the summer.. Remember to hit me up for beats and mixing or recording...
Fuck the system
X
Newer Post Older Post Home