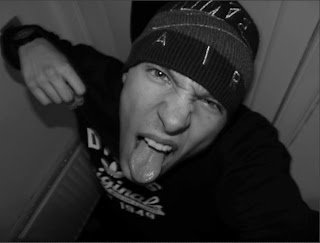 Scotland Standup have been talking with Ayrshire's very own Shadoh!! He's been telling us about his views on the Hip Hop in scene Scotland, Battle Rap, his label and many other things!!

How many songs /albums have you released to date?
I have a mad collection of single releases. Probably around 100 maybe 200. I have made 4 Mix tapes and 1 Ep and currently working on my 5th tape the now hopefully dropping on the 1st of July.

Can you tell us about your new project and the background and inspirations behind it?
The project Im currently working on the now is titled ''Real Eyes Realise Real Lies''. It pretty much debunks lies that are forced to people via main steam media and so forth. The hole point of this project was for people who are blinded by lies to open their eyes in future and see beyond what the news reporter says, as for the inspirations I would say High Focus artists are who helped influence my input to this.

How have you ended up in the music industry?
I don't like to class my self as being in the ''industry'' as such, I would say I was more involved with a culture rather than an industry.

What do you think of the music industry at the moment?
Fucked. I have no kind things to say about the music industry at the moment and probably never will. Its all just forced propganda that pollutes the minds of young children in my opinion. I have no intention to ever be involved with the ''industry'' even if I got offered. I stay as far away from mainstream stuff as I can as unlike some I maintain great pride in my humanity and won't be led to work for snakes with collars.

Who inspires you when you make your music?
Inspirations kind of change all the time for me as I keep finding more and more dope artists. I would say Jam Baxter, Leaf Dog, Rhyhme Asylum, Swollen Members, Lowkey, Methodman, Redman, Fliptrix, Split Prophets & possibly Dirty dike are my inspirations at the moment partially because each of them have dope styles and write about things that matter like politics & things that are actually happening unlike these main stream artists who spit about nothing apart from cars, woman & money. I don't really listen to Scottish stuff as much anymore although there is a few names that deserve a mention. Just not by me.

If you were one of the Seven Dwarves, which one would you be?
I would probably be dopey. Regardless…. cunts a legend.

Who have you collaborated with so far in your Career?
I have collaborated with many artists including (In no particular order) are Kidrobotik, Girobuster, Loaded, Snow, Lumanes, Subkonchis, Kevvyboii, MegamegaMan, Werd, Symptum, Source, Kuruption, Sneekey Creekey, Baltik, Export, The Replicator, Madhat Mcgore, The Riddlah, Wee D, Dillz, Bar, Del, Butler, Chad The Lad, Boydy, Chucky, Mr Fickle, Flooded Hallways, Young Irish & Many more that I can't actually remember.

Who would you like to collaborate with in the future?
Would like to get a dope feature with split prophets, Already talking to PARO about a feature on my first album that I'm hopefully going to be recording soon and as far as Im aware, its happening.

What was the first album u bought?
I literally have no idea. I just know it was a cassette. 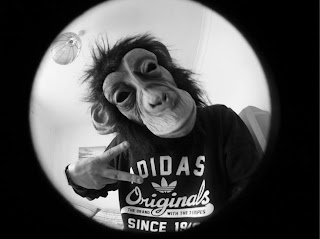 Whats your favorite song at the moment?
Might have to be ''What d'you expect'' by Dirty Dike, Mr Key, Ronnie Bosh & Jam Baxter''. I have too many favourites but thats the one that sprung to mind and was playing at the time.

If you had to sell your music collection tomorrow, what album would you leave in your drawer?
Don't really own a lot of CD's, I keep most of my stuff on my computer so if I was to keep 1 album in my folder it would have to be Leaf Dog - From A Scarecrows Perspective. I have A LOT of albums and mix tapes from 1990 to now and thats probably my favourite at the moment.

What do you think of TV music talent show competitions?
I could write a book about this but I'll try keep it short. I think TV music talent shows are fixed and corrupt. They are nothing but disgusting. Nothing angers me more when I sign on Facebook and see all these people around the same age as me go on about how they got through to the X Factor and shit as if its the only way of becoming well known. I keep my distance for people who want fame and money. These little girls who think X Factor is their only chance should get up off their fucking arse and work like we have to, they post a couple of youtube videos of them singing in their bedroom over a series months and automatically think they deserve some kind of recognition. It goes A LOT deeper, but thats up to you to do your own research on the matter.

What do you do when your not making music?
Sleep.

How many hats do you own?
Not a big fan on hats, I think I have 2 beanies that I occasionally wear when I've been to stoned to go to the barbers.

Whats your favorite takeaway?
Chinese, Noodles & Rice in paisley is unbeatable, if your ever in paisley just ask somebody to point you to noodles and rice. You won't ever regret it.

How many followers do you have on twitter?
I did have 7,000 but I deactivated my page a few months back due to personal beliefs regarding my personal safety.

How do you feel about Scottish Hip Hop at the moment?
Scottish Hip Hop is climbing very fast. 3 years ago there was only 30-50 artists that I knew of in the full of scotland but now there is well over 100. Plus, I love it when some 16 year old comes along and destroys a veteran thats been doing it for 10 years or more. The only negative is these artists who now think they are entitled to get money for dropping a 16 or filling a gig slot. I think there is too many labels signing artists and feeding their ego even though it was only a year ago they where asking me what mic they should get? too many people don't know their place.

Your recently started a label known as "Home Grown Development UK" how did that come about?
I started HGD for young artist that where like me, Its a non prophet label that runs purely on loyalty and trust and the home of many dope artists in Scotland at the moment, It has not been going as planned for the past few weeks due to things happening in my personal life so I'm actually looking to put it into new hands so it receives the management it deserves but finding the perfect candidate can be difficult.

Are there any artists you are looking to sign in the future?
We don't really look for artists, we allow the artists to come to us. That shows they have went out their way to contact us there for they will be dedicated workers. Thats just my way of running things… it may change if the label goes under new management. Hopefully not though.

What are your plans for HGD?
To sign it under new management hopefully, just waiting for the right person that has time and is dedicated to something so delicate and powerful.

Where do you see yourself in 5 years?
I'll still be where I am the now, I hope nothing changed as far as music goes. Also going to be a proud dad. So yep…. right heres fine.

Your name carry's alot of weight in Scotland, why do you think that is?
When I first came about I was only 15 and I got a hard time of rappers who had been around a few years, they claimed I didn't have any skill and would never amount to anything (funny now that they all ask to collaborate). I grew up in a society where nipping things in the bud was the only way to save yourself from being picked on and ridiculed so I brought that mentality with me to music and its worked. Yes, I've lost a lot of friends and made enemies by the bag full but that's me…. Anything gets in my way I am prone to do anything within my power to stop it. I would rather have 1 true friend than 10 snakes. Also… I don't bite my tongue, I wasn't brought up that way. I voice my opinions as loud as I possibly can. People have flagged this as ''attention seeking'' but if people really knew me they would know that what I do is the opposite of that. I hate being the center of attention. Always have. People say my views on life are wrong, but how can a view possibly even be wrong? maybe wrong to them… but not to me. Plus, ever since the age of 16 I've been known to slay any artists who tried taking hits at me. Its me…. if you don't like it then get your self to fuck. Simple.

Whats your views on Battle Rap?
Rap battle is good entertainment and can display a lot of talent if put on and matched properly. Don't flop has some dope spitters. I personally wouldn't enter a battle. I don't agree with spending months writing and memorising abusive bars to go shout at someones face to later shake their hand when that time could have been spent working on a project or something that actually expresses you as an artist. This is just my opinion.

Is it something you would do yourself?
Nope.

Do you have a favorite battle rapper?
Youthoracle seems to be smashing stuff, unan is dope as well although he's a cheeky cunt. Tony D (don't flops champ) has some dope stuff as well. Lefty has the humor. Don't have favorites in Scotland.

What Recording Artists do you rate in Scotland at the moment?
The Replicator rips shit. Giros killing stuff with his killer flow. Some of his bars have me in laughter, his sense of humor comes through with his music. LAD is good as well, he has a little to learn I think but he's going to be someone to look out for if he sticks at it and I know he will. Subkonchis as well… he doesn't get the credit he deserves in my opinion. He would benefit from doing more solo stuff than crew stuff. He's a hidden weapon in deadsoundz.

Drugs or Alcohol?
Don't drink, been off it for a year due to legal action aha. Drugs? don't know what your taking about….