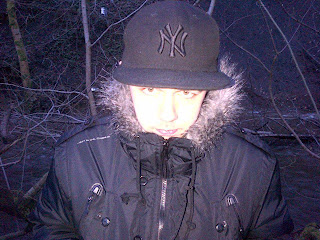 Yet again we here at Scotland Standup are taking time to chat with some of the up and comers of the Hip Hop scene. Today we got talking to Glasgow based artist Revolution!!

How many songs /albums have you released to date?
5 Songs to date one was a feat with a-macc on his sample this ep , debut aswell

Can you tell us about your new project and the background and inspirations behind it?
Well a project I have been working on is my new mixtape , Its Just about normally day by day feelings and situations people get themselves into and most people try and hide them but it just makes things worse , inspirations would be past experience in my life that a would think people. Could Relate to

How have you ended up in the music industry?
Well I first got introduced by my mate A-macc he was at a gig and said about coming along then I was offered a battle with RighteousDee Aka GiroBuster and things started rolling from there

What do you think of the music industry at the moment?
A fell like its in a good place atm , a lot of new talent coming up , and seems to be bringing in a lot more people into Scottish hip hop

Who inspires you when you make your music?
It can chop and change just depends on my mood at the time

If you were one of the Seven Dwarves, which one would you be?
Kind of questions this lol , happy because am normally in a decent mood haha

Who have you collaborated with so far in your Career?
A-macc but there will be a hell of a lot more soon

Who would you like to collaborate with in the future?
There's a good few , probs werd, shadoh ,tyme lord would be some main ones just now

What was the first album u bought?
God ehhhh ...... SlimShadyEp a think was a while ago

Whats your favorite song at the moment?
A just download'd the deadsounds ep and that reflections has been stuck in my head since ha

If you had to sell your music collection tomorrow, what album would you leave in your drawer?
Am no sure mate

What do you think of TV music talent show competitions?
Its just for the view I think , all about entertainment not talent

What do you do when your not making music?
Get fuckked upp !! Haha kidding just live life dae things a enjoy , bit of fishing n that

Where do you see yourself in 5 years?
Not sure to be honest just going to see where things take me

How many hats do you own?
Only 2 ha

Whats your favorite takeaway?
Got to be a Chinese :)

How many followers do you have on twitter?
100 n summit no sure no been on in a bit , always forget a have one.

How do you feel about Scottish Hip Hop at the moment?
A think its in a good place , talents only improving , maybe the battles could be a bit more complex but other than that
Its on form !

Who do you rate in Scotland at the moment?
Gotty be kayce one and louieboy some of the stompers they have out ! DOPE

You mentioned Battle rap, whats your views on Battle's in Scotland?
There funny , but full of mum jokes , a do it myself but compared to other leagues , I feel an mc's skills are not being pushed enough

Anyone your looking to Battle in the near future?
am not fussed tbh a do it for the laugh and that more concentrated on music

Who's your favorite battler?
God I'm not sure ehh stevie et has the joke bars but louie (when he dus) has some dope shit