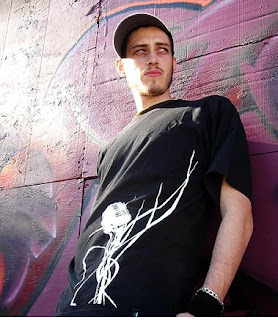 We take a little bitta time out from keeping you updated with what's happening in Scotland as a Hip Hop monster and bring you a nice wee interview with an artist that has been smashing the scene and breaking many boundaries for years. Respek BA

How many songs /albums have you released to date?Songs, too many to remember. I’ve had two or three EP’s, one mixtape and one album.

Can you tell us about your new project and the background and inspirations behind it? Yeah it’s called Wasteland Of The Free. The inspiration behind it was, certain times I feel like people look for any excuse to discredit my ability or my status. The main criticism I got from people like that after my mixtape was, oh all he can write are wordplay style lyrics, no actual music…which I found hilarious because I’ve been doing both from day one. So I purposely made my album abstract and conceptual for the most part, just to show people that didn’t know, I’m an artist. Not a battle rapper, not a freestyler, not a hype man, not someone with good bars and shit music, or shit bars and good music. I am an all-round MC, stage shows, tracks, freestyle, battles and everything else involved. There is not a facet of my profession I’m not good at, and you will be hard pressed to find an MC anywhere as well rounded as me.

I can just imagine people tryna test you when you are doing a gig because of your battle past. Does this happen a lot? And how do you handle those situations? Yeah I hate getting that at gigs to be honest. I used to love it but when people haven’t even inntroduced themselves or something and just walk up demanding a battle I get offended, cause A, th way they chose to battle me before introducing themselves suggests they aren’t my biggest fan, and B, battling and doing songs are two completely different things and if I’ve just done a set I want to go somewhere and relax, not have a battle.
Having said that, I still jump in cyphers all the time and still love freestyle battling and make a point of keeping my freestyle skills sharp if not improving them.

Soul has recently gained a decent amount of recognition, Would you be interested in battling him?wouldn't look to battle him, he's just another battle rapper. But good on him.

How have you ended up in the music industry? By loving making hip hop.

Beans or Peas? Neither.

What do you think of the music industry at the moment? There’s a music industry? I’m just a caveman drawing on a wall out here, on some 300 “remember us” styles.

Who inspires you when you make your music? My crew and other artists I enjoy listening to.

If you were one of the Seven Dwarves, which one would you be? I’d like to think I’m a bit too complex to be a singular personality type all the time. As a matter of fact so are cartoon dwarfs. Shoot Happy’s mum in the face and see how happy he is. 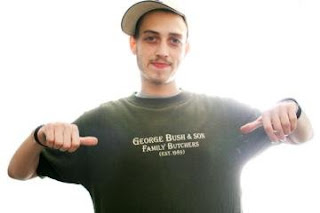 Who would you like to collaborate with in the future? Nobody really except my crew, I just like making music but I don’t really get a beat and think who else would be good on it I just start writing.

What was the first album u bought? Either The Score by Fugees or Ready To Die by Biggie.

Whats your favorite song at the moment? I don’t have one but I always have like 40 – 50 songs I like at any time I just rotate between them till I need to hear something new again.

If you had to sell your music collection tomorrow, what album would you leave in your drawer?
My analogue music collection has been shit for years as any mainstream artist I like now, I just download their shit. However if it’s an independent label not putting money in a major’s pocket I will always try to purchase it and support them. So I’d keep all my indie stuff and sell all the easily re-obtainable stuff, but I couldn’t say which specific one I’d keep over all the others.

What do you think of TV music talent show competitions? They exist because we talk about them. Let’s not.

What do you do when your not making music? I watch loads of kickboxing and MMA, try my best to do a bit of kickboxing sparring once a week or a few days a week just practicing technique. I also love stand up comedy, researching conspiracies, and being a day to day ninja.

Have you ever tried any professional fights or are you just into the sparring? No I’ve never fought professionally but I did tournaments and other stuff when I was still in my teens. I did good but did not see a future in kickboxing professionally at the time.

Im a Standup Comedy fan myself, can you name a few comedians you enjoy listening to? Yeah I like George Carlin, Jimmy Carr, Frankie Boyle, Louis CK, Ricky Gervais and Patrice O’ Neill. Also I love watching the comedy roasts, they are battle rap’s non rhyming cousin, there’s a lot of good insult comics who do them. Also look out for Hannibal, he only has a CD out so far but he’s hilarious and has ghost written for a lot of people for years.

Do you have any tattoos or piercings? No.

How many pairs of trainers do you own? 2.

How many hats do you own? About ten. Only about 3 can still be worn without people treating me like a hobo though.

What's your favourite Swear word? I like to think I use fuck shit and cunt in a holy trinity of equality.

How many followers do you have on twitter? As of this second, 912. However expect me to have posted something Ninja related within the day and a couple of those people to have unfollowed me again.

How do you feel about Scottish Hip Hop at the moment? My crew, everyone cool with my crew, and all affiliated parties are smashing it. Everyone else is shit.