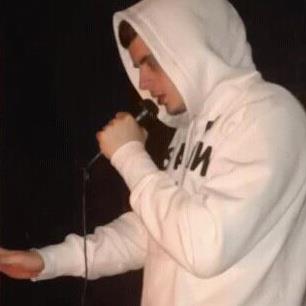 We got talking to newly signed Complex artist McTee about his views on Hiphop in Scotland!!

HOW LONG HAVE YOU BEEN MAKING MUSIC?
I started writing lyrics and stuff when i was 16 for a laugh with my mate Kyle Reyes,
but it wasn't until late 2010 i released a proper track and carried on from there.

HOW MANY SONG / ALBUMS HAVE YOU RELEASED TO DATE?
I have released around 20 songs i think, and i haven't released any albums or anything YET!!
but i have an EP on the way named 'The Spaceman EP' so watch for that POWW!!.

CAN YOU TELL US ABOUT YOUR NEW PROJECT AND THE BACKGROUND INSPIRATION BEHIND IT?
I'm working on an EP 'The Spaceman Ep, Its just really stories about what im going through at this moment and time in my life and that's really it.

HOW HAVE YOU ENDED UP IN THE MUSIC INDUSTRY?
Iv always liked music from a really young age and it wasn't really set on one genre of music i was listening to everything,
but i started getting older and rap stood out and i really liked it, then i met Kyle Reyes and we started writing lyrics
and messing about with freestyles all the time, and then eventually released a track and more and more and now i'm
with Complex Events! POWW!!

WHAT DO YOU THINK OF THE MUSIC INDUSTRY AT THE MOMENT?
To be honest its a bit shit! hundreds of artist that should never ever ever be on TV, but there is some ok stuff aswell.. sometimes.

WHO INSPIRES YOU WHEN YOU MAKE YOUR MUSIC?
Whenever i make music its always just thinking about all the shit that's happened in my life, shit that is happening and that's all the inspiration i need.

IF YOU WERE ONE OF THE SEVEN DWARFS, WHICH ONE WOULD YOU BE?
Happy, cause am usually a no bad cunt lol.

WHO HAVE YOU COLLABORATED SO FAR IN YOUR CAREER?
not alot really,  KyleReyes, Ruckiss, Paul Mac, Big Lee, Bar & B.A.D i think that's it.

WHO WOULD YOU LIKE TO COLLABORATE WITH IN THE FUTURE?
Ehm too be honest i would do a collaboration with anyone who wants to do one, but who i would like to is probably Madhat McGore or Shotty Horroh.

WHAT WAS THE FIRST ALBUM YOU BOUGHT?
The Eminem Show, Amazing!

WHATS YOUR FAVOURITE SONG AT THE MOMENT?
My favourite song at this very moment in time is, Shotty Horroh - Dust Eaters, tracks so good POWW!!

IF YOU HAD TO SELL YOUR MUSIC COLLECTION TOMORROW, WHAT ALBUM WOULD YOU LEAVE IN YOUR DRAWER?
i would leave 2 haha, The Eminem Show & Get Rich Or Die Trying!! POWW!!

WHAT DO YOU THINK OF TV MUSIC TALENT SHOW COMPETITIONS?
I think there a fix and don't really help anyone out, but sometimes funny to watch for a laugh yeno? POWW!!

WHAT DO YOU DO WHEN YOUR NOT MAKING MUSIC?
When im not making music, im blazing!!

HOW MANY HATS DO YOU OWN?
One beany, don't think i suit snapbacks or any that gear! 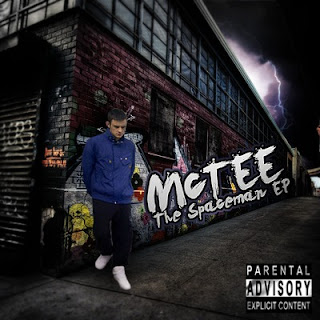 WHATS YOUR FAVOURITE SWEAR WORD?
Don't have one bro!

HOW MANY FOLLOWERS DO YOU HAVE ON TWITTER?
Just made a new one so about 10 lol, get me followed @McTee_NewLimit

HOW DO YOU FEEL ABOUT SCOTTISH HIP HOP AT THE MOMENT?
I feel its doing really well and its only going to keep getting bigger and stronger and im happy im a part of it.