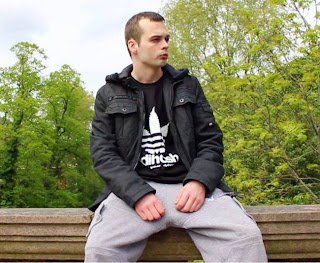 We got talking to Loaded again recently to see how things had been going with his music and new label.

How many songs /albums have you released to date?
4 solo mixtapes and 1 EP with GiroBuster.

Can you tell us about your new project and the background and inspirations behind it?
I am currently working on a few different projects, I have just recently finished my latest mixtape Locked & Loaded IV. I am working on a secret project aswell that will shock a lot of people in my opinion when they hear it, plus I'm working on 2 new EP's, one alongside GiroBuster & Snow and another alongside Maniac titled "My Twisted Interpretation" They should all be out this year along with music videos aswell.

How have you ended up in the music industry?
I randomly just started writing lyrics, not taking it seriously but I guess I just fell deeper into it and started to get addicted, now I can't spend a day without it.

What do you think of the music industry at the moment?
I think it's a lot better than it used to be there are so many new rappers coming up that are dope, I'm really feeling Kendrick Lamars shit right now.

Who inspires you when you make your music?
I wouldn't say anyone really inspires me, when I'm working on something I will hardly even listen to anyone elses music, just the way I work I suppose, I spend that much time on my own music that I don't have any time left to check other peoples, although back when I first started out I was mainly inspired by DMX & Bone Thugz N Harmony.

If you were one of the Seven Dwarves, which one would you be?
I do not have a fucking clue, depends what drug I'm on at the time.

Who have you collaborated with so far in your Career?
Most of the artists on my label such as Snow, GiroBuster, Maniac and Wee D plus I've also worked alongside the likes of Shadoh, Werd, Mog, Jordan Butler and many more.

Who would you like to collaborate with in the future?
Not really interested in collaborations right now, I prefer to work alongside people that are close to me and people who I know, so I'll probably just keep working with the Complex artists etc. If I could collborate with anyone in the world though it would have to be Kendrick Lamar.

What was the first album u bought?
I can't even remember.

Whats your favorite song at the moment?
I don't actually think I have a favorite at the moment, I've mainly just been spinning my own shit and my labels shit, also quite a few tracks from Kendrick Lamar.

If you had to sell your music collection tomorrow, what album would you leave in your drawer?
DMX - Grand Champ

What do you think of TV music talent show competitions?
I don't really give a flying monkey fuck about them.

What do you do when your not making music?
Chill with mates and family, get blazed & think of new ideas for music or setting up different events.

How many hats do you own?
None, I don't suit them really.

Whats your favorite takeaway?
I only just moved into a new house so I don't even know the name of the takeaway but it's a 2 minute walk down the road and it is the one when you are pie eyed!

What's your favorite Swear word?
I probably use every swear word, I am the worst cunt for swearing. Probably cunt though. Ya cunt.

How many followers do you have on twitter?
Don't even get me started on that fucking pish. THE END.

How do you feel about Scottish Hip Hop at the moment?
To be honest, I'm more interested in the new comers than the ones that have been around for years, I recently came across Lex Lethal, The Replicator and Revolution, dope emcees and I obviously listen to my labels work, Wee D is an incredible wordsmith, Maniac is eventually getting back into his A-game so that's also something for people to look forward to, he might have been gone for about 2 years but everyone will notice a huge improvement, think of it like Hip-Hop meets Axl Rose on a beat, weird but.. fucking brilliant. GiroBuster & Snow never fail to impress me either, I have listened to Snow since day 1 and always rated him incredibly high and Giro is just one of the realest fuckers to ever pick up a mic. If I haven't mentioned you then I probably don't listen to you at all. Infact I actually rate Jailz & Tyme Lord too, so underestimated. The rest.. can.. fuck.. off.

You recently set up the promotion label known as "Complex" how did that come about?
I wasn't really feeling what other people were doing in Scottish Rap at the time so I thought I'd try to help out the people who are overlooked and shit.. but now it's become so much more than that, the loyalty I have from all artists signed to the label is amazing, we have also just signed a new Filmer/Editor who is genuinely amazing at what he does.. the music videos look completely professional. Hit him up if you're looking to get a crazy video done for a very cheap price.. http://www.facebook.com/OmarAlZidjali1?fref=ts
Are there any artists you're interested in signing at the moment?
I have recently just signed 3 new up and coming artists and I am in talks with another big artist at the moment who had agreed to come aboard, it's just.. waiting for the right time ;)

Whats your plan for Complex in the future?
Ehhh.. 2014 Scotland Tour, release some amazing music, a shit load of music videos. 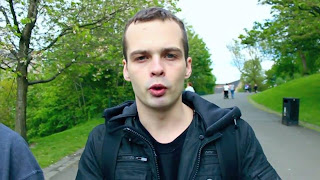 Where do you see yourself in 5 years?
Gimme a crystal ball and I'll tell you.. I just go with the flow really.. live for the moment so to speak.

Whats your views on Battle Rap?
Love it, it's also a great platform for up and comers to get heard, love watching King of the Dot & Don't Flop, don't really pay attention to any other leagues.

You've done a few battles yourself, what would you say was your best performance?
My battle with Wee D was my best battle hands down, I proved to myself that I could handle battling a huge battle artist and that was good enough for me.

Do you plan on making a return to battling?
Not anytime soon, ask me in another 3 years, got far too much music to get on with.

Who do you rate in Scotland at the moment as battle rappers?
Wee D.

What about as Recording Artists in Scotland?
Ermm.. Snow, GiroBuster, Maniac, Wee D, Shadoh, Werd, The Replicator, Lex Lethal, Revolution, Jailz & Tyme Lord.. but as I said before, I hardly ever listen to anybody elses music.

Drugs or Alcohol?
Pffft, think I will be sticking with the nice green stuff from now on and not touching any alcohol or crazy drugs for a while.. the comedowns are bastards.