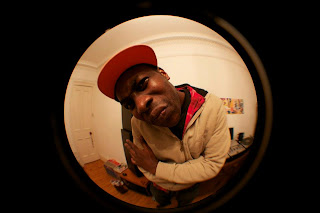 What is your name? Conscious Route

Where are you from?  Originally between Cambridge and London in Buntingford, nowadays, Edinburgh; I’ve lived here nearly 5 years

How long have you been making music? Too long, LOL! Nah, Hip Hop on and off for 15 years. I started spitting lyrics to Drum & Bass first at about 15 years old, so 18 years, I guess.
.
How many songs /albums have you released to date? Hmm lets talk in LPs as I've done too many songs; five LPs, and just about to drop my sixth, plus three EPs.

Can you tell us about your new project and the background and inspirations behind it? The new project is a collection of tracks I wrote over time with producer and rapper, Sean El. It features Elmi Mos Hi, Skillin, Anna Fontanna, Big Dutty Deeze, Werd & Jordan Butler also Sean El (hoping I haven’t missed anyone). We were originally writing an EP, but decided to make it an LP and add some existing tunes we had done which some may have heard on Soundcloud ,but had never really been properly released. The thing I like most about the project is that, apart from three tracks, the whole LP was spot written, not just the bars, but the beats too.

How have you ended up in the music industry? Through being a mash head and having a pretty horrible start to life, I think music gave me a haven to deal with a lot of the emotional things I was struggling with. On a whole, it gave me a reason to live. Basically, at one point, I tried to take my own life, so I’m glad it was there for me. From there, I guess I worked in various styles of music, in studio, live performance, and I even teach workshops now.  I’ve also managed my last two bands, Fugazirum and the Conscious Route band. In the past I’ve done marketing and releasing from start to finish. I started up You Sonix Records along side Blasfima Sinna, and now I’m running my own project called True Hold Records, as well as the CCF Movement (Conscious Collaboration Front)

Beans or Peas? Beans - I like to marinade different beans in spices and eat them with sweet potato and Jerk chicken

What do you think of the music industry at the moment? I think for the independent artist it’s the best and worse time rolled into one. Positives are that the world is at your fingertips with Youtube, bandcamp and so on. It’s also a lot simpler and cheaper to produce music these days, and then release them as an independent, which, again, is great. The negative is that the market gets saturated with everyman and his dog being a rapper / singer / artist, but not all really have the talent so, instead of them being fans supporting, they're not, as they’re just pushing their product. I think since the age Mp3 it’s really been hard on artist sales, and making a profit from selling music, luckily the live scene hasn’t suffered, and it seems, in one way or another, a truly dedicated artist will reach his or her goal if they keep at it. I think it’s more about learning not just to be good rapper or producer, but to learn to be a manager, promoter, marketeer, and so on. These kinda roles I have learned to do myself, and it’s very hard, but in the long run, to know the in’s and out’s may help you to be more profitable when the money train does come your way.

Who inspires you when you make your music? I can’t say, it’s just like one person. I guess the people that don’t believe in me, because the more they dislike or put me down, the more I get the fire in my belly to prove them wrong. Like I said, my life has been real battle at times, and a lot that comes through my flows, keeping it real..

Tell me a joke? What did Tupac say as he walked into his Thug Mansion in heaven after getting shot? 'Ain't no Biggie!'

If you were one of the Seven Dwarves, which one would you be? Think I’d be a mixed-race Dwarf with a bit Dopey, a bit Doc, and bit Grumpy 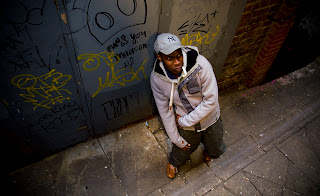 Who have you collaborated with so far in your Career? Big Daddy Kope(Banana Clan Records), Chemo, Werd, Blasfima Sinna, Big Dutty Deeze, Dillahman, Solar Eye(Stanley Odd), Mog, DJ Sonny (Perfect Practice) DJ Pryzmat... to be fair, if I named them all you'd get bored and I'd get cramp in my fingers J..

Who would you like to collaborate with in the future? The Triple Darkness guys, I love their work, and I'd like to do track with Louie Bhoy, and Hector Bizerk..

What was the first album u bought? 'Bad,' I think, by Michael Jackson. If you're talking hip-hop, I think is was A Tribe Called Quest's 'Midnight Marauders.'

What was your first illegal download? Copied NWA, Nigga with Attitude on tape, didn’t have download in my day son ;)

What's your favorite song at the moment? Straight Outta Compton

If you had to sell your music collection tomorrow, what album would you leave in your drawer? Reflection Eternal, Talib Kweli.

What do you think of TV music talent show competitions? Think it gives people false hope of instant fame, it's kinda like a musical lottery ticket. Really it’s about enjoying the journey, a lot of people talk in biographies about things going to pot when the fame hits. The real excitement's more at the start, the learning and growing into an artist and building a buzz.

What do you do when your not making music? I work in Café, which I manage, or I do music workshops. Otherwise, if I'm not chilling with my girl or my mates, I’m doing music really.

Do you have any tattoos or piercings? Nah, not for me, but I think it does look cool on certain people

How many pairs of trainers do you own? Not many, about four. I’m not a real trainer buff, I spend most of my money on my music, be it videos or promotion - clothes are when essential...

How many hats do you own? Think I got 5 hats, I like hats since shaved off my dreads, especially living in Scotland, it’s a little cold not to have one.

Whats your favorite takeaway? I like Mosque Kitchen, but I love a dirty kebab as well.

How many followers do you have on twitter? On True hold Records over 1000, on Conscious Route, I think, 200 ish.

In a few words sum up your thoughts about Scotland Standup? I think it’s great that we have a platform for this country's scene to be recognised, anything that helps artists to get heard or supported is a dope idea, so Scotland Standup is dope in my eyes…