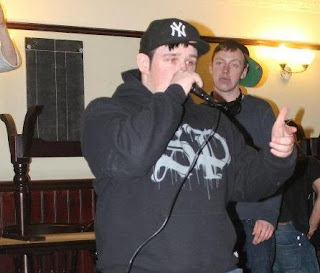 What is your name? My name's Monk.

Where are you from? Bonny wee Fife.

How long have you been making music? Well I made a couple of tracks when i was 12 - 14, stopped until I was 18. Now I've been making music just coming up to a year.
.
How many songs /albums have you released to date? I've released 1 mixtape and 3 or 4 other songs that aren't planned for any releases.

Can you tell us about your new project and the background and inspirations behind it? I went through a transition of being a dumbass, to not being smart, but just caring more about learning things. In this time the phrase "free society" changed for me. I used to think it was a true representation of what we're living in. Now I feel that it's a false statement, so in my new EP I look at the ways the phrase can be shown to be false.
As well as the lyrics having a real meaning behind them, with the cover art I plan on using, there's a lot of imagery and meaning in there as well.
I tried my hardest to stay away from generic lines to fill a song, but to stick with information and in some cases, solutions to certain problems. Or at least what I perceive to be solutions.

How have you ended up in the music industry? To be honest, I'm not entirely sure. I was never a committed hip hop head. I only started listening to any half-decent music in 2006/07. Before that it was basically just anything that was on. I think something just clicked when I saw ho much anger someone could unleash, just by making one song. I just decided to give it a try. Turns out... it's my shit haha

What do you think of the music industry at the moment? I have mixed feelings about the music industry. The mainstream section is in steady decline, occasionally there's a small window where some good music will get in the mainstream. Whether this is 1 song or an album is irrelevant. As long as there's still SOME good music getting in the mainstream, I still have hope for the future.
For underground music, I don't think it's been better. Talent-wise, at least. Sales-wise? Yeah, it's hard and becoming increasingly harder, but due to the internet, underground acts can easily achieve as many views as some mainstream acts, which is something that's never happened before. It's never a bad thing if alternative hip hop is able to get as much exposure as mainstream hip hop.

Who inspires you when you make your music? Initially it was mainly RA The Rugged Man, Immortal Technique and Lowkey. But now it's people like Joe Budden, Watsky, and probably even Asher Roth (please listen to his music before you judge me haha)

Tell me a joke? 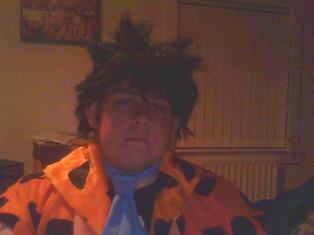 "Doc, I can't stop singing 'The Green, Green Grass of Home.'"
"That sounds like Tom Jones Syndrome."
"Is it common?" Well, "It's Not Unusual."

If you were one of the Seven Dwarves, which one would you be? Grumpy.

Who have you collaborated with so far in your Career? I've collaborated with a few people from Scotland like Jailz, Subkonsious and Ridult. I've also collaborated with a rapper named Jecker from California and also a producer as well called As'One, as well as producers from England called Lion'n'Prime.
I've also got a couple of collabs lined up with people from the US for my new EP, as well as a track with Kamihamiha from Scotland. I don't have anything planned with anyone from anywhere else in the UK yet, which I should probably look into, but I have plenty time.

Who would you like to collaborate with in the future? Well I actually had a track planned with Dan bull, which fell through because of a money fuck up lol Hopefully I'll be able to get that going again if I ever become financially stable. That would be sick.

What was the first album u bought? Well I think the first album I ever bought was Twok by Spee 69, which sounds bad, but I also didn't really download music until that time either, so I wasn't just a scrounging cunt lol I did buy 21 seconds to go by the so solid crew when I was a kid, if that counts? lol

What was your first illegal download? I'm not entirely sure. Probably a film of some sort.

Whats your favorite song at the moment? My fav song's probably Through Glass by Stone Sour. Just lately got into music that wasn't hip hop and I just love that song now.

If you had to sell your music collection tomorrow, what album would you leave in your drawer? Brother Ali - The Undisputed Truth. Easy.

What do you think of TV music talent show competitions? Oh man, those things just fucking suck out your soul. They piss me off so much. They're fine when I'm laughing at the deluded people that can't sing. But when it becomes and actual competition to win votes and stops being about who actually sings the best, I just despise them.

What do you do when your not making music? I play quite a lot of games... I'm not like a mad gamer that knows every news-worthy thing about the gaming world, but I quite enjoy having a few hours playing a good game.

Whats your favorite Fashion brand? Whatever's cheapest, I don't really give a shit what my clothes say on them. I ain't paying an extra 20 quid to have a logo that cost a quid to sow on.

Do you have any tattoos or piercings? Nope. Heavy phobia of needles, they can fuck right off.

How many pairs of trainers do you own? One... Why would you need anymore than one pair of trainers?

How many hats do you own? Again one lol But to be honest, I'm a hypocrite. If I had the money, I'd totally have a collection of hats, when I know for a fact I don't actually need any hats.

In a few words sum up your thoughts about Scotland Standup?
I think it's great. I mean, there's a lot of hip hop blogs featuring Scottish Hip Hop, but a blog dedicated to it, makes it much easier to keep up with good scottish music.

Thanks to Monk for his time and i urge you to check out his music.