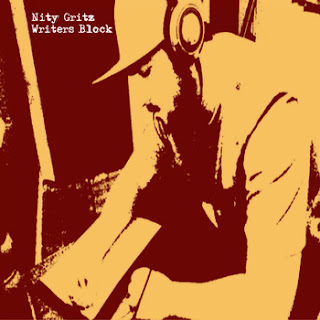 Writers block is the latest release from Scottish MC Nity Gritz. This 17 track album has some of Nity's best work with collaborations from other MCs including fellow shadowpeople KayceOne and Wee D, Freestyle master, Riddlah UvBeatz, American MC Johnny Storm, and many more. The production on writers block was done by well known producers such as Bunty, El Green, Riddlah UvBeatz. Steg G, KayceOne and more. My favourite tracks on this album are Oh My God, Settle Down featuring KayceOne and Wee D, Gritz and Stonez Pt 2 featuring Riddlah UvBeatz and Hold Up featuring EvilEyes. This is a brilliant album from one of Scotlands hardest working MCs. Nity Gritz is a well-known performer and battler having supported Devlin onstage and battled in different leagues including Don't Flop. He is a frequent performer at gigs in both Edinburgh and Glasgow and is well  worth seeing.