The Discernible Truth by Louie 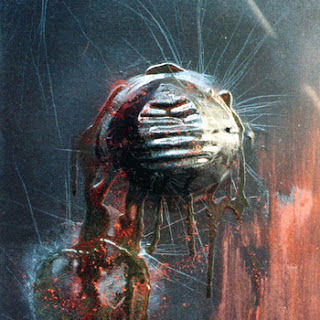 The Discernible Truth EP is 16 track a release by the Deadlife MC Louie, Louie is also one half of Hector Bizerk where he has mixed hip hop with live drums, this combination got him nominated for the Best Hip Hop award by the Scottish Alternative Music Awards or SAMA in 2012. This EP is a great listen from one of Scotland’s best MCs. On this EP featuring with Louie was SolarEye and Michelle Low, Louie has worked with many prominent artists on the Scottish hip hop scene such as Wee D, Zayn and many more. he has also worked with Beatboxer Bigg Taj, he has also had his music played on radio more than once. Louie also supports big acts on stage, this year so far he has supported Sway, there is no doubt that he will support many more. The Beats on this EP where made by great producers such as David Ross, MacKenzie, Toni Smoke, Konchis, Scatabrainz and many more. My favourite tracks on here are Talking Heads of Agreement featuring Michelle Low and produced by Toni Smoke, another favourite is Typical Hip Hop which was produced by Typikal. Everyone should download this EP and it is well worth a listen from one of Scotland’s best MCs and battle rappers. and he always gets the crowd excited when he's on stage