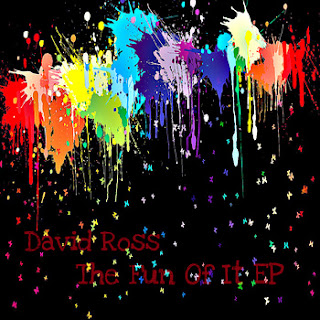 David Ross is a 17 year old Hip-Hop and Experimental producer from the small town of Lanark in the west coast of Scotland. Even though he is still at high school he has already worked with some of the best MCs in the Scottish hip hop scene, he has done his own remix of Werd and Deeko’s Mad World, he also made the beat for Whatever she Demands on Zayn’s Dazed and Diffused Mixtape, Whatever She Demands was played on radio 1. He had started making music at the age of 10 when upon hearing Eminem he developed a passion for writing poetry with his primary school level English skills. At the age of 12 he bought an MTV Music Generator for Xbox which enabled him to create his own instrumentals using loops that were part of the game, but it also allowed him to import samples, so he started getting into the ways of sampling as well as loops. At the age of 13 he then joined his cousins group "Ambiguous Tek" who then only consisted of 2 members his cousin and one of his best friends. It was something that he viewed as an amazing opportunity to work with his cousin on tracks, who had some of his poetry published in books. Over the next couple of years he was involved with the group but they never managed to release a single track. He was a member up until spring of 2011 when he decided with the group not actually going in any direction he had wanted to see them he thought it was best to leave and focus less on the group and more on working as an independent artist and beatmaker. He took the most recent instrumentals he had made for the group and created a project called the "No Phase EP" out of them. The idea behind the project was to do tracks with the various artists in Scotland and therefore try and connect himself with a scene that he belonged but had never got involved with for the 5-6 years he had been producing. He had only one hip-hop contact in the whole of Scotland who was Sound Thief, a friend of his cousin in the group "Ambiguous Tek". His cousin had received a cd featuring Scottish hip hop artists. This cd amazed him hearing Scottish MCs for the first time in your life is a strange feeling but it was one he never mocked. The first track he heard was Genetically Prone by Loki, and still to this day it is one of his biggest drives is to work with Loki, for the reason being that he was the very first hip hop artist he heard from Scotland. Hopes of completing the "No Phase EP" slowly faded but he has released another EP entitled "The Fun Of It EP" which was a collection of tracks he had enjoyed making more than others. He has begun working on an EP with one of Scotland’s best up and coming MCs Zayn. David has given up on writing poetry and focused mainly on creating beats. This is one young beatmaker and producer to watch. David Ross has also made the beat for Louie's track Excuse My Fucking French which was part of The Discernable Truth EP.