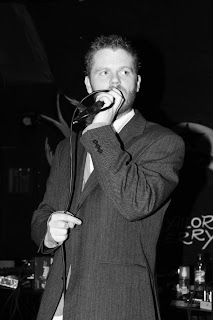 Today folks we take some time out and have an interview with one if not the most influential Artists in the relatively small hip hop scene we have here in Scotland.

Alright how how you doing today?
Today I'm doing ok. Tuesday is usually the day I begin to resemble something slightly more human, hence my reasoning leaving the interview till yesterday had passed. How was I doing yesterday? Yesterday was a No Way Back kind of day.

Where you from?
I'm from a little place called The Universe....and so I apologise if this encroaches on anyone's territorial issues. I was born in Glasgow and dragged up in Pollok.....a housing scheme in the South Side famous for a shopping centre called The Silverburn and the motorway slicing through the large public park directly adjacent to it. Pollok was one of many 'schemes' created in the late 18th Century to help deal with the population boom caused by the Industrial Age.

When did you first start getting into Hip Hop?
I was about 14/15 when my friend Sammy introduced me to rap. It wasn't until my late teens I became aware that Hip Hop itself was a cultural movement. Hip Hop not only gave me a creative outlet but also a spiritual focus. Without both I'd most probably be dead... with 'Sorry for being so shallow' being my epitaph.

Ok now you've been involved in the scene now for many years, and have been an influence for many MC's up here, How does it feel to have been held in such high regard for all these years? 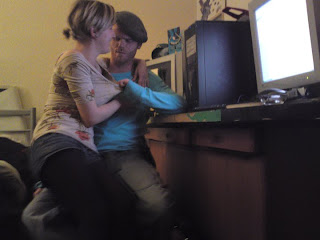 I'm held in high regard? I wasn't aware of that. I do hear my influence though in lots of music. People seem more politically inclined these days as they become aware that every aspect of their lives is the consequence of a political decision. Everything from what you're allowed to say to decisions about your housing benefit. I despise apathy, although I do show many symptoms of it from time to time. I try to use my influence to illustrate that hyper masculinity is actually very gay when you break it down. Real men cry....and write about crying. Apparently the chicks love it. And I hold the chicks in the highest of regard. I used to feel pressure to compete...but that was just the last remnant of the boy I used to be trying to hold on to his Ego. I am shown far more respect and appreciation outwith the Scottish Hip Hop scene and over the last year have enjoyed the opportunity to experiment not only with writing.....but other people pre-conceptions. It's a fun place to be. I once made a heckler eat a whole phone!

You've not only been involved in music you also do alot of Community work, Namely nowadays Volition. What made you come to the decision to start this off?
Community 'work' is not a choice....it's an obligation. It can take many forms so some people are probably doing it without realising. This site is a community enterprise so on behalf of the community I would like to thank you for tending to it. I was raised during tremendously turbelent political times and so it's in my tiger blood. Economically, Pollok was the poorest data zone' in Europe....relatively speaking.....and so to live through this is to be forever altered by it. I'm just thankful I can cope with the scars I bear....and I hope those who couldn't are resting in peace. As for Volition.....(meaning of your own free will).....this was a concept I had been refining for many years. It predates my facination with rap in actual fact and it's based on addressing 3 fundamental problems with Community Arts.

2. Most projects are designed to run for a specific time period. This is counter productive. The resources are available to create and sustain a project indefinitely...this infomation is being kept from the public though...in order to preserve the vast wealth and security afforded to the Arts Organisations and their subsiduaries. Some young people rely on community projects simply to sustain some quality of life.....it's cruel to end something like that so abrubtly. My view has always been......get rid of the funding monopoly's by making a strong case that young people can do most of the work themselves....they just need support and more imprtantly.....a sutained source of inspiration and encouragement.

3. It's always been a Big Society. Now seems like the perfect time to call everyone's bluff and see just how serious the soundbytes are about Communities taking responsibilty for their own affairs. We quietly go about our business and offer one another support.....because we are all deeply flawed. It's this acceptance that defines Volition. It's really about Love and Respect. Working towards shared vision will usually bring about these two things. My function in Volition is not simply to challenge the Political structure that's grown up around us....but more importantly....to challenge the Community itself. Nobody is gonna do this shit for you....so pull your socks up and let's get down to fuckin business.

Another part of your life has also been "The Being Emcee's", obviously a crew based in Glasgow that can't really be touched at the moment. Do you get alot of inspiration from Crew members?
Who is Scottish Hip Hop could claim not to be inspired by The Being. We set a new precedent....in which we are The Present Presidents. If anyone's Ego has a problem coping with that.....please report to your nearest battle to be processed.

Now you recently re-released the Do Not Disturbed project, with over 40 minutes of extra material. How did this come about?
I wrote Do Not Disturbed to help launch the Volition club night. Now a year has passed....I feel it's time to share the album with everyone else. I'm proud of that piece of work. It's me at my most honest.....therefore dangerous. The best feeback Ive had has been from Poets and Comedians. Most women enjoy it too.....albiet those of a joyless feminist persuasion have perhaps misunderstood the sentiment of some songs. I was attempting to depict the downward spiral induced by a loving relationship falling apart through alcohlism. For me that's ironic.....because I have always written about being the vitim of such a relationship.....but this time round....I have become the perpetrator. It's about denial. Hence all the songs with me claiming to be the best rapper in Scotland. I hope you all enjoy...or at least appreciate it.

What acts have you supported so far?
Asian Dub Foundation, The Pharcyde, Rahzel (fat wank that he is), Royce DA 5'9, D12, Blade, The Girobabies.....god....there's been a lot more....but I can't remember to be honest. Lot's of great acts have supported me. It's been a pleasure watching them grow. Louie's on the cusp of becoming the perfect artist. Once he hits that stride....everyone will have to shut up....watch and learn. Trust me.

Out at the moment you have the "Remind Me EP" with Bill Breaks, what kind of feedback have you been getting from this. 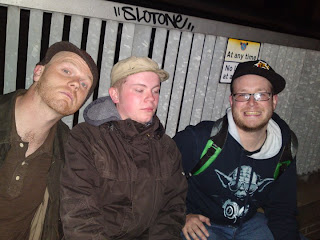 As for 'Remind Me'.....feebacks been positive. We made that project in a day. It has a distinct 'Breaksian' feel to it....which definitely brought out a more reflective mellow side to my performance on it. AT 23 minutes long.....you have no excuse for not checking it.

What are your influences? (This can be mc's/producers, but just anything that influences you to make the music you do)
Influences? Production wise my crew is mostly in house so we're spoiled a lot. I think because of this we can be inward looking....which may come accross like we don't listen to other people. The truth is though.....we have such diversity at close quarters so we're always going through creative shifts whether it be writing, delivery, production, performance, battling etc etc. For me....Mog and Louie are not only a continued source of inspiration....but also a reminder to me about the type of writer I am. They remind me of how I should be sounding.....how I used to sound.....how I will sound in future. These days I don't listen to that much Scottish Rap. It has to be original to catch my ear....and originality only comes with experience. We're going through the 4th wave of Scottish Rap now....so naturally.....many of the artists are young and still figuring out who they are. Sometimes though this isn't present in the music. I'm drawn to vulnerability.....not braggadocia. I show my love and respect for scottish hip hop by dedicating my life to an intitution called Volition....not by downloading every rar file posted on the forum. Remember.....you're not a rapper.....you're a writer. Take on 'writer' as your sense of identity and the rapper will animate itself! Do it the other way about and I will probably fall asleep

Ok before i go Dyou have any shoutouts?
Shout outs go to everyone I know and who knows me. Shout outs to all the followers of the music. Product you can hold in your hand is coming....I promise. Thanks for your patience. And a big shout to Raymond Simpson. We think about you every day mate. x

Thanks to Loki as always for taking the time out to do this.

You can get a hold of the Remind Me EP with Bill Breaks and the extended Do Not Disturbed project below.