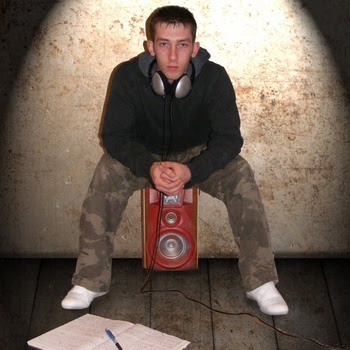 R.I.P an MC from Dundee that i havent heard a project from in maybe about 2 years, last track i heard from him was Deja Vu, Google it im sure it's out there.

Now he has released a new project, although club based hip hop isn't my thing i will try my best to find the good points and be as honest as possible.

I will review 3 tracks then give an overall summary on the project at the end of the review.

Track 1 - An all out attack on club culture and the topic is covered beautifully and a great comedic effect added to this, also featured in this track is a real catchy hook that has made its way into my head and constantly singing this will be my annoying thing i do for this week Cos Im Gonna Make You Want Me!!). Overall club vibe to kick off, and i must say done well. Lyrically it's nice and he's managed to infuse some nice nice flows rather than a simple delivery you hear from alot of rappers in most tunes in the charts.

Track 4 - In writing an honest review i feel i need to flash the spotlight on this track. Unfortunately a really nice beat i feel has been let down by the vocals which sound like they have been recorded in an empty cupboard. It does sound like he's tried his best to experiment with different effects but maybe the wrong move. Sounds good man but i feel you may need to re record this track.

Track 5 - The beat on this sounds really nice, and the fact he has decided to use an underground hip hop feeling beat and flow on an album that consists mostly of club tracks is nothing but commendable, i think this move can be seen in 2 ways, the hip hop heads after hearing the first 4 tracks may have turned the cd off at this point, and the club fans may skip past this, im not entirely sure what i would have done in this situation, but im glad to hear a nice beat and some really good lyrics and a change from the more thumpin simpler club beats. I'm more than sure theres a huge eminem influence on this one too, which is cool, and you've done it well but it sounds maybe a bit too much like him, so much to the point i was thinkin if eminem had written this (im not saying he did for anyone thats looking to take this out of context just made me think it). 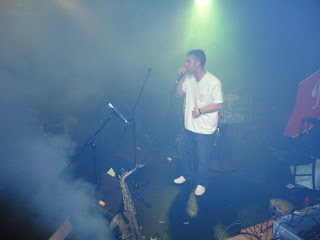 Thes tracks i feel are stand out points and tracks that i wanted to talk about for both good and bad reasons. I don't review every track because i'd rather people made their own minds up afterall this is just a review and my thoughts alone.
Heres the Pros & Cons.

Catchy Hooks on pretty much all of the tracks

Cons:
Not My Thing (although if your reading this and like club based hip hop, you can and will disregard this comment)

"Substances" that started off like it was going to sound like a raw hip hop track turned out to be as far as i can see an eminem tribute soundwise. You can really hear alot of eminems flow from back in the day.

Club based hip hop done well with some nice lyrics and if it's purpose is to allow you to enjoy your night with some bangin beats and thought provoking lyrics. It's certainly done it's job. I'm away to get some pills and hit the club and try and avoid some manly women. Thanks R.I.P.