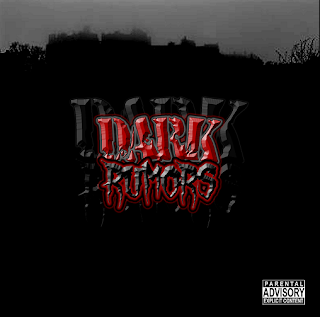 Yes folks you did read the title correctly, Dark Rumors are back with their new EP,

Incase you dont't quite know who im on about heres some info on the guys.

"Dark Rumors consists of two artists hailing from Edinburgh. Madhat & Riddlah first started Dark Rumors in 2000 and spent the next couple of years working on their craft as a duo. Influences for Dark Rumors were Ill Bill,Necro and Onyx to name a few. Both artists were very excited at the prospect of becoming well know artists and although young they showed severe dedication to music. Their hard work was recognised by people who followed the local Hip Hop scene and they soon found themselves doing gigs at old Edinburgh venue Nektar and then went on to perform at venues such as Cabaret Voltaire and The Bongo Club. The duo kept releasing music and gigging around Edinburgh. This eventually led to another group being formed which was The Evil Residents which included various other artists, dj’s and producers. Slowly but surely the Residents fell away and Madhat and Riddlah both started working on solo material as they looked to spread their wings as solo artists. This led to Dark Rumors being left on the back burner for now. Madhat went on to be signed to Powercut Productions and released “Unvarnished Scribbles” while Riddlah strongly established himself as one of Scotland’s top Hip Hop producers and as a solo artist. Madhat later went on to sign for Music Comes First Records and has released a staggering 2 Ep’s and 2 Lp’s in a 18 month period. Riddlah’s reputation kept growing and growing and he found himself snapped up by Powercut Productions with close friend Wardie Burns to release an album. With both finding their feet as artists they finally got back into the studio in November 2010 and started working on Dark Rumors The EP. After a couple of months of hard work they are proud to release their work to the masses."