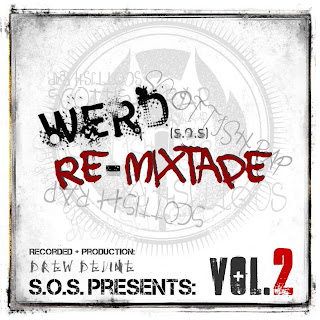 Would you have guessed Werd would have come out with another full release so quickly, OF COURSE YOU WOULD HAVE HAHA.

The dude is back again with the second volume of his Scottish Rap-Remixtape Collection.

This amazin, featuring 100% commercial music and it is definetely something that can be enjoyed, by underground and commercial fans alike.

Heres The Press Release From Werd Himself:

Tracks vary on the Mixtape from songs such as 'Do It Like This' that comes with the multi punch line flows, to cheeky remixes like ‘Poker Face’, and even a House of Pain remix 'C*nt Around'. With this selection of tracks its clear to see Werd isn’t set to stay in any one style, but rather keep it mixed up to pull in as many different types of listener available."